Popular US brand Slim Chickens is winging its way to Cardiff for the launch of its first regional restaurant outside of London.

Fans of American cuisine will be able to get their hands on Slim Chicken’s signature buttermilk marinated, hand-breaded chicken tenders, which are freshly prepared to order. The menu will also feature chicken sandwiches and chicken wings, as well as quintessential Southern sides, including 13 dipping sauces, mac and cheese, fried pickles and Texas toast. For those with a sweet tooth, there will be milkshakes, fried pies and jar desserts.

The ambience and hospitality of the Cardiff restaurant will echo its Southern US roots, with a relaxed, fun vibe, American sports shown on TV and modern blues music playing in the background.

With a focus on delivering a great experience, along with good quality and great value food, served speedily and with a smile, the Cardiff restaurant will also have ordering kiosks, a refillable drinks station and will run a click and collect service, so that there is no need to queue.

Already a huge hit with over 80 outlets in the US, Slim Chickens opened its first flagship UK restaurant just off Oxford Street six months ago to much social media hype and queues of people.

With the London restaurant trading ahead of expectations, BRG aims to open Slim Chickens Cardiff before Christmas, with plans to roll out the fast-casual restaurant chain to other cities across the UK next year.

Boparan Restaurant Group (BRG), who secured a UK franchise deal with Slim Chickens USA at the start of the year, has signed a lease for a 92-cover restaurant in St David’s, Cardiff.

On opening its first regional restaurant in the Cardiff, Tom Crowley, CEO of BRG said: “Cardiff is a lively city with a growing student population and booming food scene. It was the obvious choice for us to open our first regional restaurant outside of London. There is something totally unique about Slims with its freshly cooked chicken, house sauces, modern blues music and awesome hospitality. We can’t wait to bring a little bit of the Southern States of America to Cardiff and we believe it’s going to be a big hit.”

Several launch parties and a promotional tour are planned for the Cardiff launch, so the brand is urging consumers to follow its social media channels @slimchickensuk for the latest updates and to download the ‘Slim Chickens UK’ app for a special treat when they officially open. 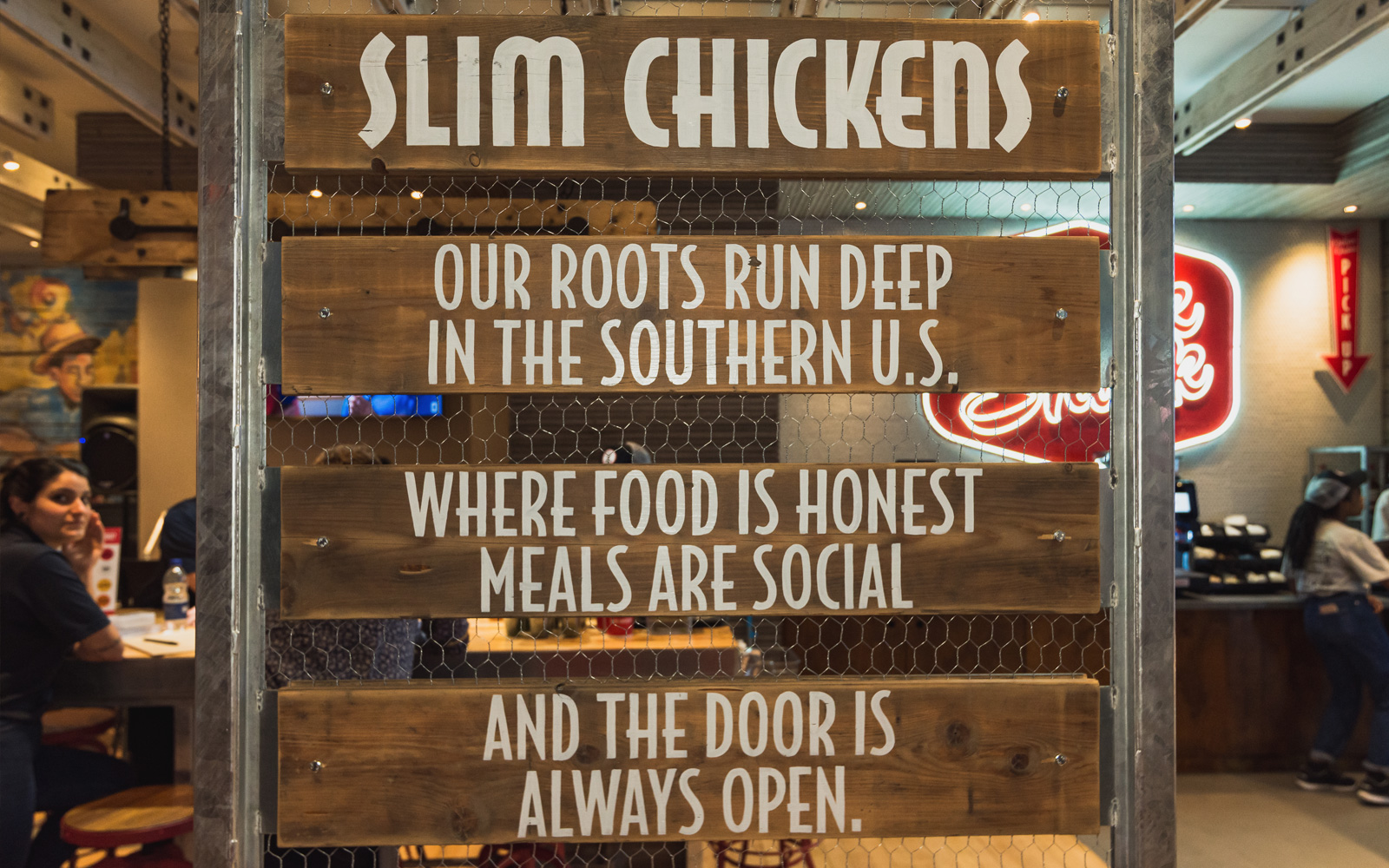